When do you actually get all your bail bonds money back?

When do you actually get all your bail bonds money back?

Yearly there are over 10 million arrests in the United States. There’s good odds that at some point, you, a family member or friend may need some legal help. Depending on the severity of the crime, a judge may allow a defendant or their loved ones to post bail. But what is bail, anyway? And do you get all the bail money back, or does it become a fee?

Over ten million arrests in the USA - FBI

Bail is a certain amount of money required to release “bail” a person out of jail. Normally, a judge sets a bail amount that correlates to the severity of the crime committed, In some states a bail schedule is used for the most common crimes. The amount increases with crime severity so that when the defendant is released from jail, they have a strong incentive to come back to court as the court holds onto the money until you successfully attend all of your court dates.

Once you know your bail amount, in most states you have a few options. The person can choose to stay in jail until all of their court dates have been met, they can pay for bail cash out of pocket (either cash or a property bond must cover entirety of bail amount), or they can use a bail bonds company, which has been proven to be the best option out of all three, but your miles may vary.

Bail bonds companies are a common way for families and defendants to post bail since it requires way less of a financial burden. With bail bonds, you pay a bail bond company a premium and/or provide collateral, but you do not have to post the entire bail amount yourself. 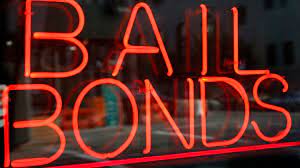 So how do you get all your bail bonds money back?

There are a couple scenarios that determine whether you will get your bail money back.

1. The Defendant Shows up to all Court hearings.

Bail money is a form of guarantee to the courts that, after you’ve left jail, you’ll return to attend all of your court dates. If the defendant shows up to all of their court dates, including possible sentencing, then you will receive your bail money back regardless of whether they are found guilty or not guilty. This refund includes both cash and property bonds.

If you used a bail bonds company, you will not receive a refund for the premium you were charged.

2. The Defendant Does not Show up to Court

If the defendant misses court or runs, the bail (cash or property) does not get returned, ever. It's gone. The court will then keep 100% of ALL the money that either you or your loved ones loaned to the court. You will never see this money again, and you will be back behind bars with the possibility of never getting bail in the future. You will also not get your bail money back if the defendant is arrested again after being released on bail.

If you used bail bonds instead, you now owe the full bail amount in addition to the premium you were charged. Now you probably have police, sheriffs, bounty hunters, friends and family out looking for you! So, unless your trained in the art of spies, their gonna find you eventually.

Bailing a family member or friend out of jail can be an expensive undertaking. However, you’ll be glad to know that you do get bail money back from the courts so long as the defendant shows up to all of their court dates and possible sentencing. Bail Bonds companies will release everything except their premiums. At the end of the day you get to decide on what's the best route for you or your loved ones.

There are no comments yet.